Want good grades? Be sure to get your Zzzs! 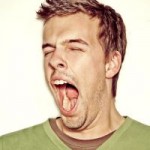 Roberta Longpré is an expert in the sleep habits of teenagers, and it is all because over the past decade many have showed up in her classroom each morning yawning and exhausted.

“In my last 10 years of teaching in four different schools I have seen a lot of tired teenagers,” says the head of student services at Branksome Hall, a private girls’ school in Toronto. “I started doing some reading into and looking at what’s going on.”

“In the last 30 years, sleep researchers say that teenagers are sleeping an hour less,” she says. “They are calling that the “lost hour.” I wondered what that lost hour meant for our students here at Branksome Hall, and if they are, what is the impact on them? Is there an academic connection between sleep and how well students perform academically?

The findings showed that: