Maxine’s Tree by Diane Leger – In 1992, an official of the woodworkers’ trade union asked for the removal of this children’s book from elementary school libraries in Sechelt, B.C. He said the book promoted an anti-logging viewpoint. The school board rejected his request.

And Tango Makes Three by Justin Richardson and Peter Parnell – In 2006, a parent complained to the Calgary Catholic School District about this children’s picture book. The book is about two male penguins raising a baby penguin in a zoo. The parent objected to the theme of homosexual parenting on religious grounds. After having the book reviewed by the office of the Religious Education Department, the library removed the book. 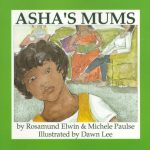 Asha’s Mums by Rosamund Elwin & Michele Paulse – In 1997, this children’s story and others like it were banned in Surrey, due to the fact that they positively depicted same-sex parenting. A teacher, James Chamberlain, challenged the ban in court. By 2002, the Supreme Court of Canada declared that BC’s School Act required non-discriminatory education. The ban on books containing same-sex parents could not be legally justified.

Zeke Pippin by William Steig – In 2015, a British Columbia public library had a patron challenge this humorous children’s book. The patron claimed that it “depicted violence and was age inappropriate” and ordered for it to be removed. The library retained the book in its collection. The book, written in 1994, tells the story of a pig named Zeke who discovers a magic harmonica, and uses its hypnosis powers to get out of multiple life-threatening situations.

How Do You Spell Abducted? by Cherylyn Stacey – In 1996, Alberta MLA Julius Yankowksi called for this book to be banned after reading a negative review by Michael Coren, a Toronto journalist. Coren claimed the novel was “hate literature against men” and the two men called for grants to be withdrawn for the publisher, Red Deer Press. The story, aimed for ages 10-12, is an account of the abduction of 3 children by their estranged father. By 1999, the novel had sold 12,000 copies.

Trouble on Tarragon Island by Nikki Tate – In 2007, a librarian at the Elizabeth School in Kindersley, SK withdrew this children’s novel from the library’s shelves. In the novel, a girl’s grandmother joins an anti-logging group and poses semi-nude for a calendar. Several boys taunt the girl about her grandmother’s breasts, calling them “bazoongas.” The librarian objected to the bullying scene and to the word “bazoongas.” The decision to withdraw the book was ultimately reversed.

Jeremy Thatcher, Dragon Hatcher by Bruce Coville – In 1993, A parent group from Leeds-Grenville County, ON, wanted this book removed from a school library because it hinted at occultism and “New Age religion.” A review committee was set up and the book remained in place. The Harry Potter series has also been challenged in Canada for similar reasons.

The Little Black Book for Girlz by St. Stephen’s House – In 2006, this sex education book for teen girls was challenged by the Institute for Canadian Values (ICV), a Christian organization. The ICV urged people to write to Stephen Harper so that public funding for this and other sex ed books were dropped. According to the ICV, the book, which is written by teen girls for teen girls, “encourages lesbianism, describes lesbian sex, contains obscene language and provides misleading information about safe sex.”

Go Ask Alice by Anonymous – In 1978, Richmond and Langley school boards removed this book about a teen drug addict from their high schools. Richmond students petitioned to protest the ban, and were supported by the Richmond Teacher-Librarians’ Association. A committee of school trustees in Langley recommended the book stay in counsellors’ offices. However, these efforts failed and the bans stayed in effect.

When Everything Feels Like the Movies by Raziel Reid – This book, about a genderqueer teenager’s struggles with school and relationships, received the Governor General’s Award for Children’s Literature in 2014. The book was immediately challenged and called a “values-void novel” by a National Post columnist. Soon after, a group of “concerned” parents, YA authors, teachers and others started an online petition to revoke the award, citing the book’s “offensive” and “inappropriate” content. However, the award was not rebuked and the petition was rejected.

This One Summer by Mariko and Jillian Tamaki – This graphic novel became the most challenged book of 2016 due to its inclusion of LGBT characters, drug use and profanity, and other mature and sexual themes. The story is about the summer vacation of two girls, one of whom has lesbian parents. One of the background characters, a teenager, becomes pregnant.

Here is a comprehensive list of books that have been challenged in Canada.

Can you name any challenged or banned books? Do you know why they were challenged? Let us know in the comments.